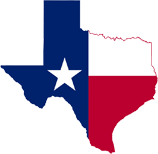 The idea for this analysis was inspired by a post on Hacker News. I initially set out to do some sentiment analysis on the last statements - something I'm still planning on doing - but in the end the page ended up being a bit of a mish-mash of data and charts.

The act I committed to put me here was not just heinous, it was senseless. But the person that committed that act is no longer here - I am. I'm not going to struggle physically against any restraints. I'm not going to shout, use profanity or make idle threats. Understand though that I'm not only upset, but I'm saddened by what is happening here tonight. I'm not only saddened, but disappointed that a system that is supposed to protect and uphold what is just and right can be so much like me when I made the same shameful mistake.

First of all; Shonna talk to your brother. He'll tell you the truth about what happened to your husband. I told Bubba to tell you what happened. Now, my statement to the world: I am in the midst of truth. I am good, I am straight, don't trip. To all my partners, tell them I said like Arnold Schwarzenegger, "I'll be back." These eyes will close, but they will be opened again, my understanding of God is, Jesus has got me through. To my family, I love ya'll.

I hereby declare, Robert Steven Everett and Nicholas Velasquez, guilty of crimes against me, Douglas Alan Feldman. Either by fact or by proxy, I find them both guilty. I hereby sentence both of them to death, which I carried out in August 1998. As of that time, the State of Texas has been holding me illegally in confinement and by force for 15 years. I hereby protest my pending execution and demand immediate relief.

Number of executions per year

Number of executions by County

In addition to the 515 prisoners executed in the last 28 years, as of June 2014 there are 7 scheduled executions and 275 prisoners on death row.

Avg no. years on death row prior to execution

Shortest time on death row prior to execution

Longest time on death row prior to execution (31 years)

Youngest prisoner to be executed

Oldest prisoner to be executed

I decided to create this page after seeing someone post a link to the Texas department of criminal justice website. Data analysis and visualisation is something that has always interested me, so it made sense to give it a go with this dataset. All data scraped is available as an SQL dump here.

I'd love to hear suggestions and improvements if you can think of any. Some things I may add at some point in the future: